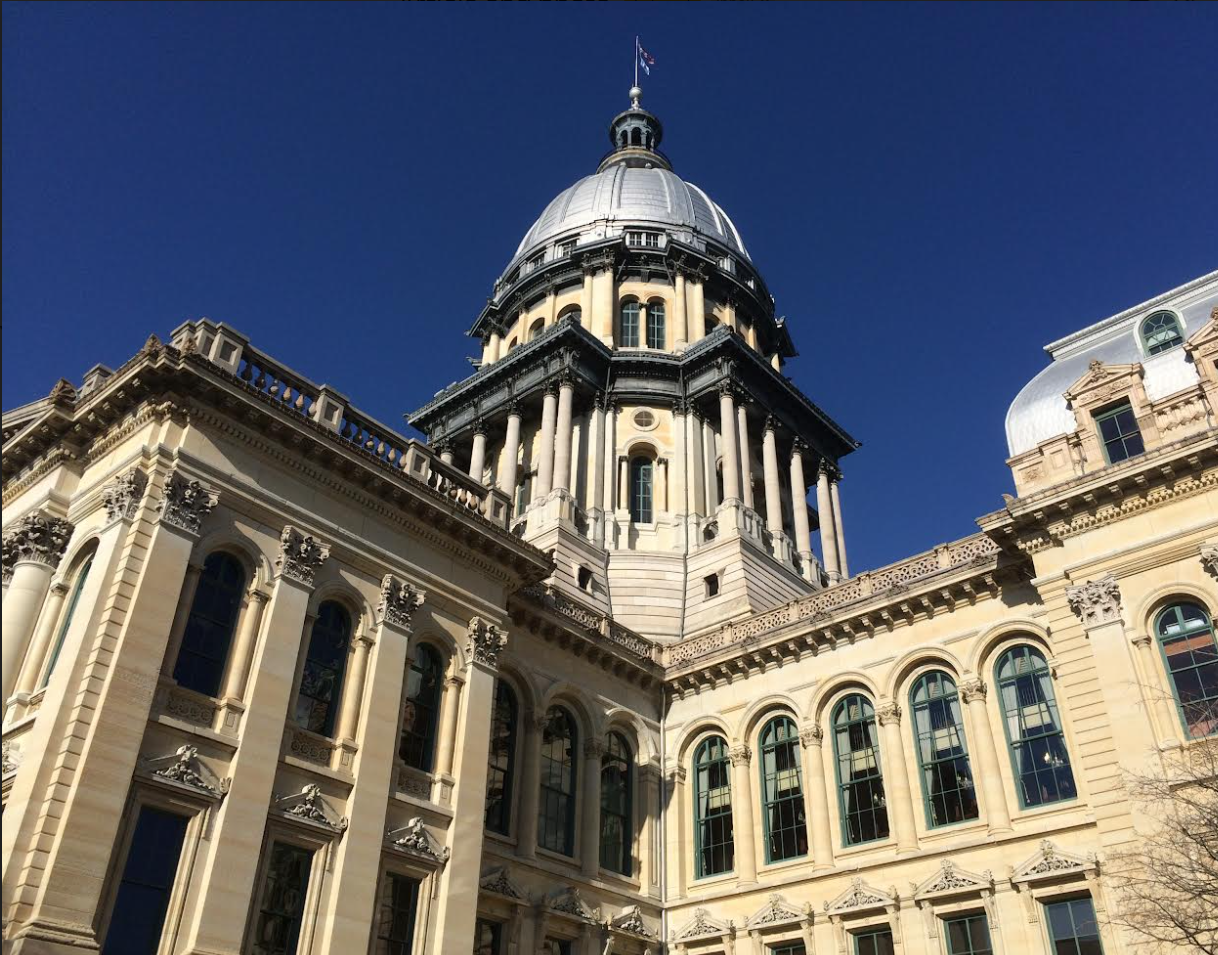 Only in Springfield would “The Four Tops” not be known for soulful Motown rhythm and blues but rather for political bickering and in-fighting.

That’s because Springfield’s “Four Tops” are the major parties’ legislative leaders in the House and Senate. Even with Democrats in total control in the state capitol, that still leaves plenty of room for fussin’ and fightin’. Plenty of skirmishing within each caucus. And from Republicans frustrated by the Dems super minority status and consequently the Republicans lack of power to affect legislation and policy.

The Center for Illinois Politics asked all four legislative leaders to evaluate the fall legislative session that just ended and to look ahead to priorities in 2022, an election year. To show just how little harmony the group produces, Senate President Don Harmon said he hasn’t even thought about next year and declined an interview. Really? A politician who isn’t thinking about policy in an election year isn’t breathing.

Harmon’s spokesman said the Senate President was pressed for time, since he was about to head to Europe with Gov. J.B. Pritzker and House Speaker Emanuel “Chris” Welch (D-Maywood) to tout Illinois’ progress on climate change and to recruit a new wave of electric vehicle manufacturers to Illinois.

But the remaining three leaders expressed sharply differing views of the past legislative session as well as differing visions of what lies ahead for Illinois, all refracted through the lens of a looming electoral review from voters statewide. Speaker Welch, wrapping up his first full session in the speaker’s chair, saw the fall legislative session as a succession of hits both for himself and Illinois citizens.

“A year ago at this time, I would have never imagined that I’d be Speaker of the House. So January of this year certainly changed my life,” said Welch, who gained the speaker’s chair after the ouster of State Rep. Michael Madigan. “We had nothing but a collection of hits. A balanced budget that helps our state’s most vulnerable and continues to fund our priorities. It led to not one, not two but three credit upgrades. People don’t expect that from Democrats.”

Welch added, “I’m proud of the repeal of parental notification on abortion. Proud of the electrical vehicle package that provides incentives for makers of those vehicles to locate in Illinois. The energy bill that transitions us to a cleaner environmental future. I think we’ve laid a solid foundation and we’re just getting started. I think there’s a lot of uncertainty on where we can go next year because there’s uncertainty about federal dollars, with President Biden’s infrastructure plan and reconciliation dollars yet to be approved. When that materializes, that opens up a lot of possibilities in terms of capital spending and meeting human needs.”

With Democrats holding super-majorities in both the House and Senate, Republican leaders bemoaned their lack of influence on the legislative process. “I was disappointed in the almost complete lack of bipartisanship this year. And what they’re missing out on is the ability to have better and stronger public policy,” said Senate Minority Leader Dan McConchie (R-Hawthorn Woods). “By limiting the voices at the table and not engaging in debate, that means the policies they embrace are not going to be as robust. Because there’s not as many ideas being presented.” Both McConchie and Rep. Jim Durkin (R-Burr Ridge), the House Minority Leader, are targeting public safety as a major issue in next year’s elections. “I think the number one thing that I’m hearing from my constituents is that people want to get a handle on crime. We’re getting to the point where people don’t feel safe. Not only in neighborhoods where people haven’t felt safe in a long time but even in neighborhoods where they haven’t seen violence in decades,” said Sen. McConchie.

“What the Democrats did last January with their police reform bill that the governor gladly signed, it is a tragedy for victims. It is a tragedy for communities. It is a tragedy for law enforcement,” said Rep. Durkin. “You’re putting police in greater peril for them to do their jobs. Allowing anonymous complaints to be filed against officers. And I see case after case where defendants have been released on low bonds or they’re out on firearms cases and they’re back on the streets. We have over 100 defendants in Cook County alone who are currently on electronic monitoring but they’ve been charged with first degree murder.”

“It’s the right thing to do, especially when there is a lack of confidence, not only among law enforcement but also among citizens of Cook County with the State's Attorney,” said Rep. Durkin.

The bills may be an election year marker in a fight for suburban votes but they don’t have a prayer of passage in the General Assembly where they’re also seen as a attempt to undercut Foxx, who was just re-elected to office last year.

The Democrats’ answer to rising crime? “We’re going to beat down this gun violence,” said Speaker Welch. “There’s $250 million we’re going to put into grass roots organizations to help us deal with this crisis with crisis intervention teams and violence interrupters.

Actually, only $50 million from this year’s budget is guaranteed to fight crime. And Gov. Pritzker has only promised to work with legislators to find an additional $100 million in each of the next two years. Republicans are clearly betting that voters, especially in the suburbs where Republicans seek to gain, will endorse tougher police enforcement over a more socially sensitive approach to crime reduction.

Other Republican talking points include lack of Democratic action on rising property taxes and the escalating bite of public employees’ pensions.

“Over the years, Republicans have been pretty clear we’re prepared to move forward to make it a better property tax system for homeowners and employers, that the system needs to be reformed,” said Rep. Durkin. “The governor should realize that after he got thoroughly trounced with his Fair Tax that Illinois citizens are not going to put up with any more tax increases. And the only thing that’s increasing is their property taxes. That is my focus.”

Durkin says the property tax system needs to be more user friendly, more transparent, and easier to understand. He also says Illinois, which has more units of local government than any state in the nation, needs to go on a radical government diet to make provision of services less costly and bureaucratic.

As for the pension issue, both parties helped create Illinois’ pension debacle, but with Democrats firmly in control of Springfield the Dems are in the drivers’ seat for fixing pensions. However, Gov. J.B. Pritzker so far has shown no appetite for angering the public employee unions by suggesting any kind of reduction in growth of benefits, even though pension costs now account for 25 per cent of Illinois’ budget and are rising at an unsustainable rate.

“The governor needs to put aside partisan differences and his allegiance to the public sector unions and act like a governor who looks out for what’s best for Illinois as opposed to looking the other way when it comes to the biggest financial obligation the state has,” said Rep. Durkin.

Speaker Welch said any pension solution must come from both Democrats and Republicans. “It’s going to take conversations with both parties to get it done. And those tough conversations need to be had. Will that be a top priority in 2022? I don’t know yet. Because we first need to have initial discussions among ourselves. And then bring in leaders from the other party to see what we can find common ground on. We all can agree pensions are a problem.”

Still, no one is holding their breath for a breakthrough on property tax reductions or pensions in an election year, from within either party or through bipartisan agreement. Not with Democrats looking to extend their already huge majorities in the statehouse. And not from Republicans, who although they might be drawing hope from Pritzker’s Fair Tax defeat, are still destined to be a super minority party in Illinois.